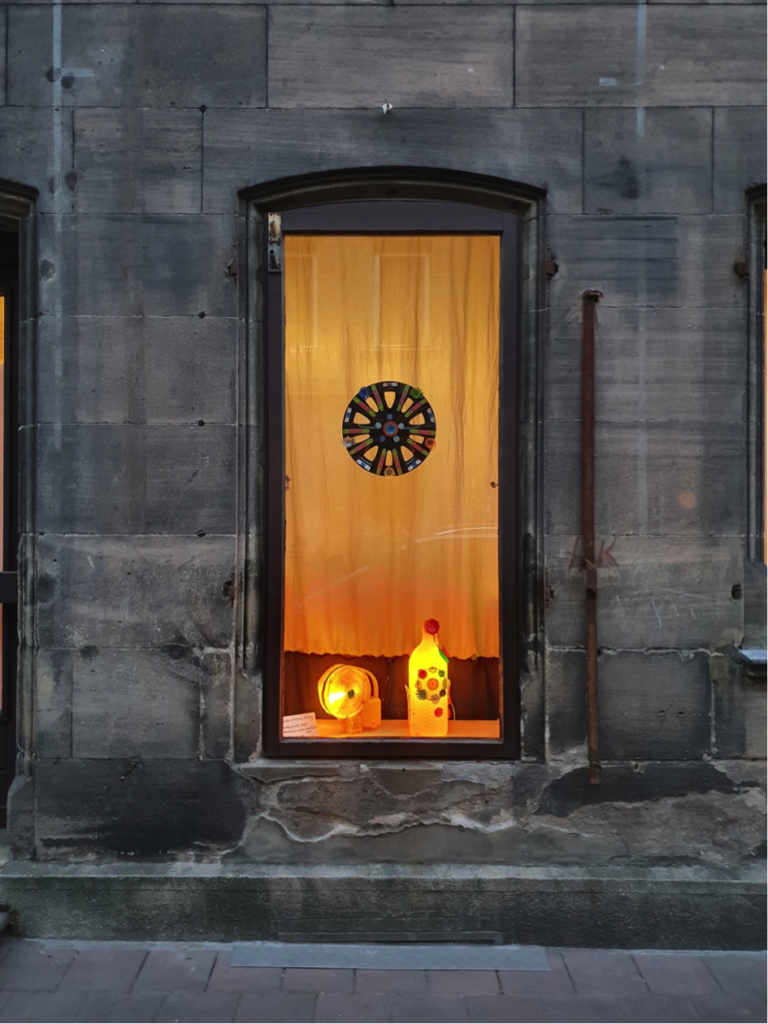 BETHANG has been Karsten Neumann’s utopia of a city since 2004. It consists of the three cities of NürnBErg, FürTH and ErlANGen. Parts of the extensive concept have been: Projects such as the declaration of the circle hiking trail BETHANG as well as performances and public interventions. Works created from found plastic pieces document the ecological situation of the cultural area and highlight the crude materiality of the supposed waste.  >> >>