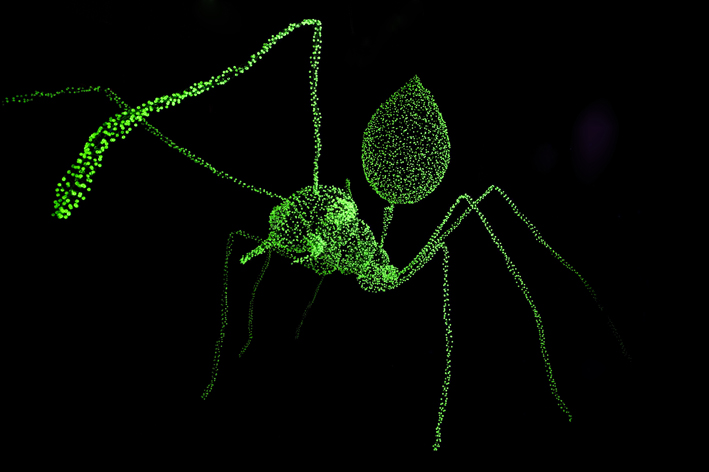 WHAT THE BIRDS KNEW is a sculpture of a large green ant that is made of uranium glass and glows due to UV lighting. The work refers to an Australian Aboriginal myth, highlighting the dangers of environmental destruction due to uranium mining. >> >>

“In Arnhem Land, Northern Australia, the local Aboriginal legend of the “Green Ant Dreaming” holds that if the earth there is dug up, a giant green ant will emerge from underground to destroy the world. Despite this, during the 1970s uranium mining commenced in the region against the wishes of the local indigenous population. What the Birds Knew was created following the artists’ research on mining in the region and the “Green Ant Dreaming” legend, which may also be interpreted as a warning for the future.” (Mori Art Museum) >>