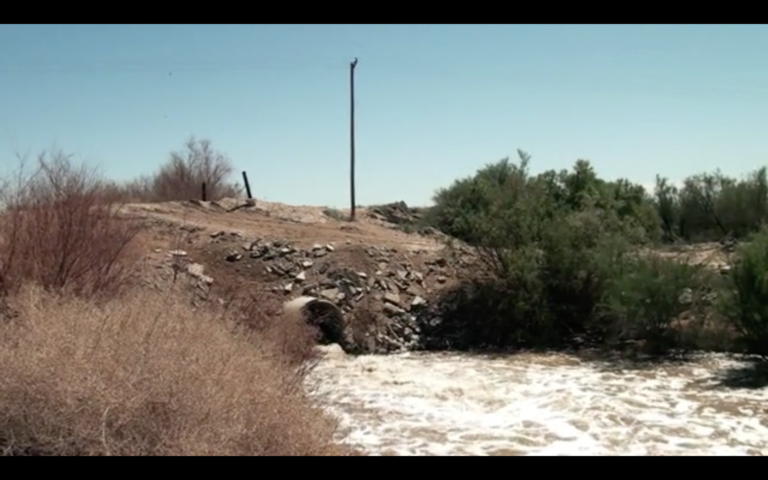 NEW RIVER FOUNTAIN is a video that documents an intervention at the New River close to the American-Mexican border. The river, which also flows through the city of Calexico, is known for carrying a variety of toxins and pollution. >>

“The New River gushes from near Cerro Prieto out of North Mexico into California´s Imperial Valley. Through the city of Calexico a viscous flow of dirt carries mounds of white foam from industrial waste. Heavy metals like uranium, arsenic and mercury mix with pesticide runoff containing DDT and PCB. The poisonous waterway also holds the pathogens that causes tuberculosis, cholera and hepatitis. This toxic stream is notorious for being the most polluted body of water in North America.” (Raul Walch) >>