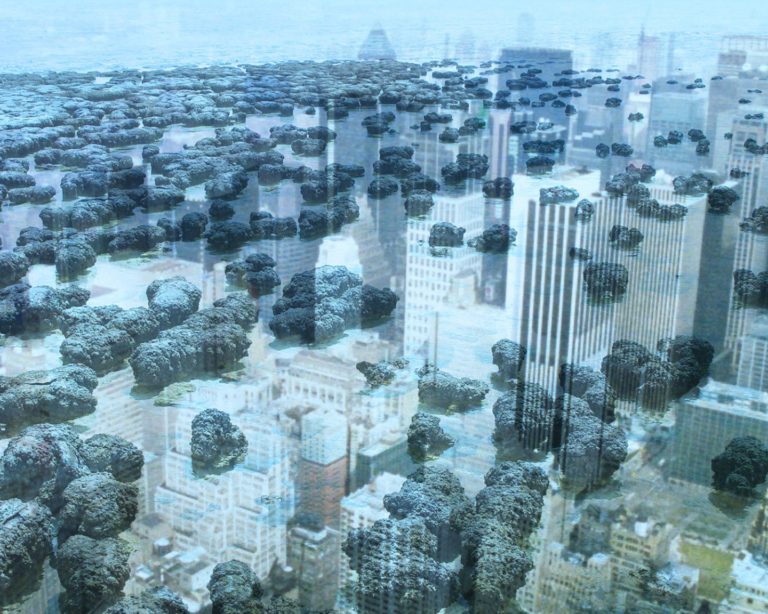 For Fraunhofer’s „Artist in Lab“-programme, Keats took the stromatolite structures of primordial bacteria and derived visions for resilient urban planning in times of climate change from them. His work was presented at STATE Studio Berlin. >> >> >>

“Stromatolites are the fossil remains of microbial communities that thrived on our planet billions of years ago,” says Mr. Keats. “Many kinds of organisms lived together symbiotically. In a way you can think of them as the first cities.” Moreover, Mr. Keats explains, stromatolites had to contend with challenges that our urban centers are starting to confront. “The climate in the deep past was inhospitable to complex life forms, and we’re now heading toward conditions that may be nearly as harsh,” says Mr. Keats. “We should be asking ourselves how they flourished.”” (STATE Studio) >>