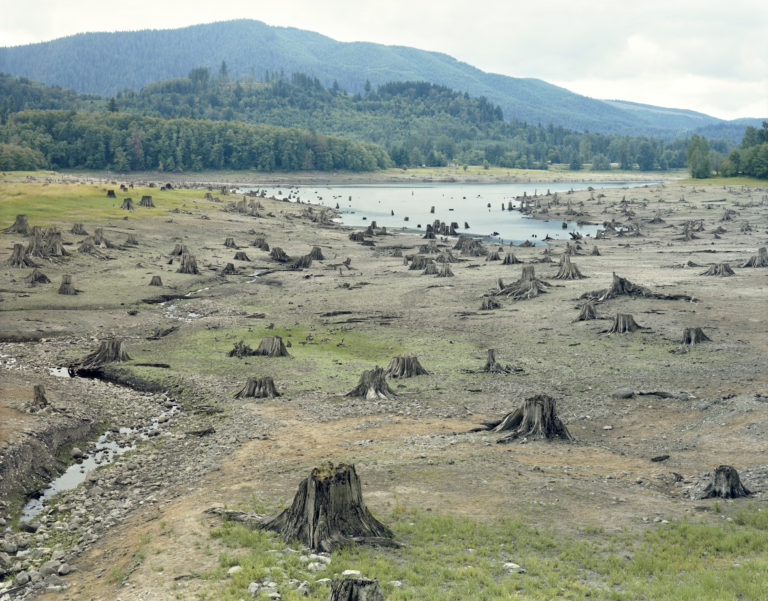 With his photographic series PARADISE FIRE, Sherry observes the ways that humans treat the environment. Based on the wildfires that destroyed much of Washington’s rainforests in 2015, the artist shows environmental destruction and the consequences of climate change. >>

“Paradise Fire contrasts nature’s perfection against reality’s flaws through photographs that document settings such as: tourists taking selfies at Yellowstone; landscapes with encroaching forest fires; or, a desert floor scarred by dirt bike tracks. For Sherry, a connection to the people he encounters, along with the associated trappings of technology and terrestrial decline, combine with his continued affinity for the environment. He arrives at images that consider inevitable change, which simultaneously frame a binary experience, one that is alluring, yet ominous.” (David Benjamin Sherry) >>