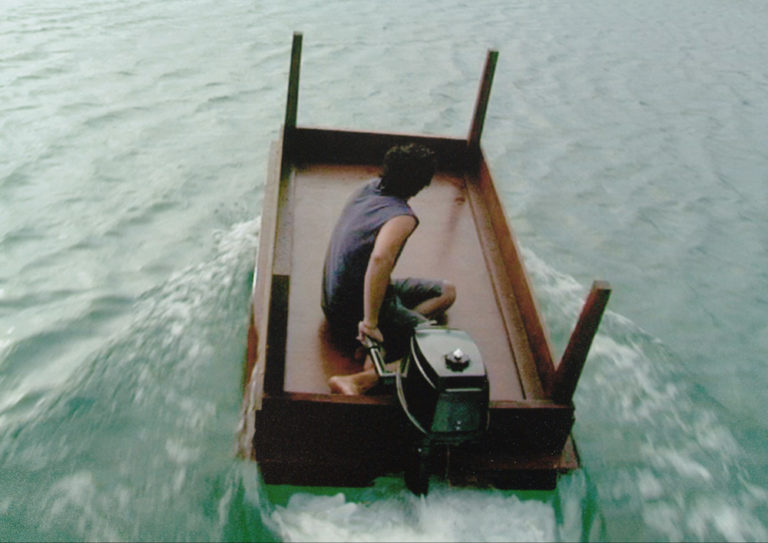 The video installation UNDER DISCUSSION follows a man on a boat ride around the island of Vieques. His boat is an upturned table equipped with an engine. In an effort to mobilize the discussion surrounding environmental problems on the island, the engine and table were combined to form a boat as a way of literally mobilizing the discussion table. The environment and inhabitants of Vieques suffer under the reality of soil contamination caused by decades-long US military exercises and bomb testing. >>

“We were interested in the idea of the discussion table in liberal thought being the place where all different parties come together. So, we took the Vieques discussion table and we turned it upside down and made it into a boat. We put a motor on the back and found someone of fisherman background from Vieques to drive it. We used this person as a way to trigger that historic group mnemonically and then to take the discussion table into the areas being debated or discussed. So, he drove along the historic fishing route, along the eastern lands of Vieques, where the local fishermen had first witnessed the destruction of the local ecosystem and mobilized against the ecological damage that also damaged their livelihood.” (Jennifer Allora) >>