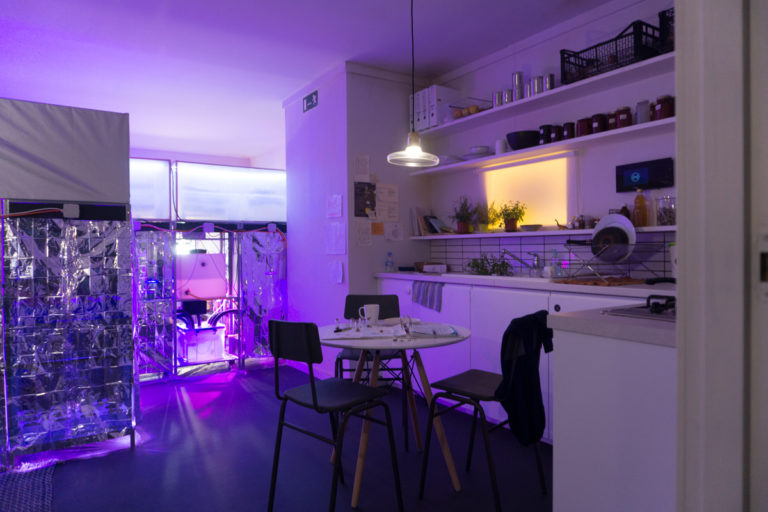 MITIGATION OF SHOCK is an immersive installation that was first presented at the show ‘After the End of the World’ at the CCCB in Barcelona in 2017-2018. The installation is an imagined apartment of the future in London in 2050 that is radically adapted to deal with the consequences of climate change. Throughout the apartment there is evidence of experimentation with different types of food sources and acquisition methods such as city foraging, trapping urban animals, growing mushrooms, breeding mealworms, and canning foods. In the kitchen there are recipes for mealworm burgers and fox stew to exemplify changes in food production, acquisition, and preservation. Outside the apartment window, improvised shelters and housing for people displaced from low lying areas following sea rise and extreme weather events are visible. >>