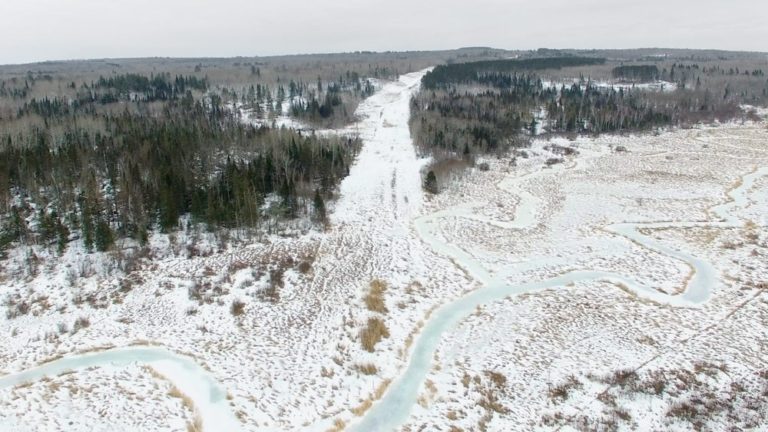 MIDSTREAM AT TWILIGHT is a short documentary composed of footage captured by a drone that followed the oil pipelines from tar sands in Canada to refineries in the USA. >> >>

“From the bitumen mines of Northern Alberta to the city of Chicago this disembodied vantage point gives the viewer a sense of power through surveillance […] This landscape scanning is punctuated by ground-level sequences of the refinery where a toxic byproduct, petroleum coke, or petcoke as it is know in the industry, is sent by rail, barge, and truck across America to export abroad. […] where it is burned in power plants and converted into toxic plumes of carbon dioxide and sulfur dioxide. Following the northern jet stream, these pollutants return to North America into the airspace above California and the Pacific Northwest. The feedback loop of climate change continues to spin out of control.” (Steve Rowell) >>